What is the story about?</stron g>

Life Is Strange is an episodic graphic adventure video game developed by Dontnod Entertainment and distributed by Square Enix. Since its release, the game has received critical acclaim and several awards and accolades, including a BAFTA Video Game Award for Best Story in 2015 and six Golden Joystick Award nominations. Its acclaim is largely due to its character development and gameplay mechanics.

The movie is set in Arcadia Bay, a fictional town in Oregon, USA. The plot revolves around Max Caulfield, a photography student who discovers that he has the ability to time travel, rewind and create a butterfly effect that allows him to alter the present. The character’s actions cause the story to change at the player’s discretion, and each action affects the other. Life is Strange and short

The macOS and GNU/Linux version of the game was released on July 21, 2016, developed by Feral Interactive. This includes the first episode, which was free on Steam.

The same company was also responsible for adapting the 2018 spin-off Life Is Strange: Before the Storm for both systems.

This second video game is a prequel to Life is Strange and tells the story of Chloe Price before Max Caulfield returns to Arcadia Bay.

Due to the success of the game, Square Enix unveiled two new games with the same theme and decision mode at E3 2018: The Incredible Adventures of Captain Spirit and Life is Strange 2. The second game tells the story of how brothers Sean and Daniel Diaz, ages 16 and 9, are forced to flee their home in Seattle and take a course to Mexico in fear of the police as a result of a tragic incident. During their journey , they will try to keep a mysterious supernatural force at bay.

The story after the accident

Life is Strange is set in the fictional town of Arcadia Bay, Oregon, from the perspective of Maxine Caulfield, a 12th grader at Blackwell Academy, during the week of October 7, 2013. During a photography class with teacher Mark Jefferson, Max has a vision of a lighthouse destroyed by a tornado. On his way to the bathroom to clear his head, he sees his classmate Nathan Prescott threaten and accidentally kill a girl, Chloe Price, with a gun. Panicked, Max discovers that he can turn back time.

Thanks to this ability, he returns to the moment when Nathan and Chloe start arguing and is able to prevent her death. Later, the two girls realize that although they did not recognize each other initially because of their physical changes, they have been best friends since childhood and decide to renew their friendship. They meet again and go for a walk around the lighthouse.

Max tells Chloe about her ability to travel through time and the vision she had in her photography class, and comes to the conclusion that the tornado is not in the past, but a premonition: a storm is coming to town.

Life is strange and curious

The next day, Max observes his classmate Kate Marsh being bullied by her classmates because she was seen on video making out with several students at a party. The implication is that she was drugged and Max suspects that Nathan is the one who committed the crime. Kate is clearly ashamed of the video and becomes depressed and regretful.

However, the main plot of the play revolves around the disappearance of Rachel Amber, Chloe’s friend before her disappearance, who was loved by almost all the students at Blackwell Academy. Max and Chloe decide to investigate her disappearance and suspect the Vor tex Club, run by Nathan Prescott and Victoria Chase, who are also responsible for distributing Kate’s compromising video.

When Chloe arrives at the restaurant where her mother Joyce works, they decide to try Max’s powers. However, stress causes Max’s nose to bleed and he feels weak. Chloe takes her to Blackwell, but the lesson is interrupted when everyone is urgently called to the playground: Kate wants to commit suicide by jumping off the roof of the girls’ dormitory.

When everyone arrives on the scene, it is too late because Kate has already committed suicide. However, Max manages to go back in time and when he reaches Kate, time suddenly stops so that Max can convince her to come down and join them. Max then decides to investigate not only Rachel’s disappearance, but also who and how he drugged Kate at a party at the Vortex Club, which may be connected to Rachel’s disappearance.

Later that night, Max and Chloe break into the principal’s office to investigate. They discover that Nathan Prescott’s parents are donating large sums of money to the academy to keep their son from being expelled and to cover something up. Running from David Madsen, Blackwell’s head of security and Chloe’s stepfather, the girls infiltrate the pool. The next morning they question Frank Bowers, Chloe’s drug dealer and Rachel’s boyfriend, about the disappearance.

Max uses his power, sneaks into his van and discovers that Rachel was having an affair with Frank and lied to Chloe, after which Chloe is very hurt. Max returns to his room and looks at her and Chloe’s baby picture, but is suddenly transported to the day the picture was taken. Max avoids the death of Chloe’s father William in a car accident. This accidentally creates an alternate reality in which William is still alive and Chloe is para lyzed from the neck down after an accident with her own car. Max uses the photograph to reverse his decision to return to the present and bring Chloe back to normal life.

During their investigation, Max and Chloe find clues that lead them to an abandoned barn belonging to the powerful Prescott family. They discover a hidden bunker with pictures of Kate and Rachel tied up and drugged. They rush back to the dump where they were resting to escape the humans and find Rachel dead and buried. Max follows Chloe to the school party to confront Nathan, believing he is to blame, and warns Victoria that she is in danger. At this point, they receive a text message from Nathan threatening to destroy the evidence, prompting them to return to the junkyard. Suddenly they are attacked by Jefferson, a photography teacher, who stuns Max and kills Chloe with a shot to the head.

Max is kidnapped and held captive in the «dark room,» the place where Jefferson has been drugging and photographing Blackwell students to capture their innocence. When he wakes up, Victoria is also tied up in the dark room, but Max cannot go back in time, as he is drugged and unable to move. He eventually returns with the help of Victoria, who shows him a picture of herself taken in the photography class at the beginning of the play. When he arrives, he tells David, who has arrested Jefferson, what has happened. However, the mixture of past and present that Max is playing with leads to him being trapped in a double dimension and not knowing exactly what is going on.

Eventually, Max gets the opportunity to go to San Francisco and exhibit one of his photographs in an art gallery. However, because he is in a mixture of different time dimensions, the art gallery becomes a nightmare of a mixture of all dimensions, and he does not understand what is happening. After numerous time travel and destination changes, the mix ture of dimensions and time changes causes the storm he predicted at the beginning of the game to blow up and reach Arcadia Bay. Max realizes that the tornado he tried to avoid was caused by his own actions.

Max goes back to the moment he took the picture in the gallery, he can go back to the beginning of everything. Max and Chloe go to the lighthouse, just like the day they were together again, and Max explains everything that happened. To Chloe’s disbelief, he explains that the only way to stop the storm from ending Arcadia Bay is to go back to the beginning and let fate make its own decisions without interference, which means either leave things as they are and let Arcadia Bay be destroyed; or go back and save Arcadia Bay by having Nathan Prescott kill Chloe in the bathroom. Max has a tough decision to make: the life of his «friend» or the life of all of Arcadia Bay. 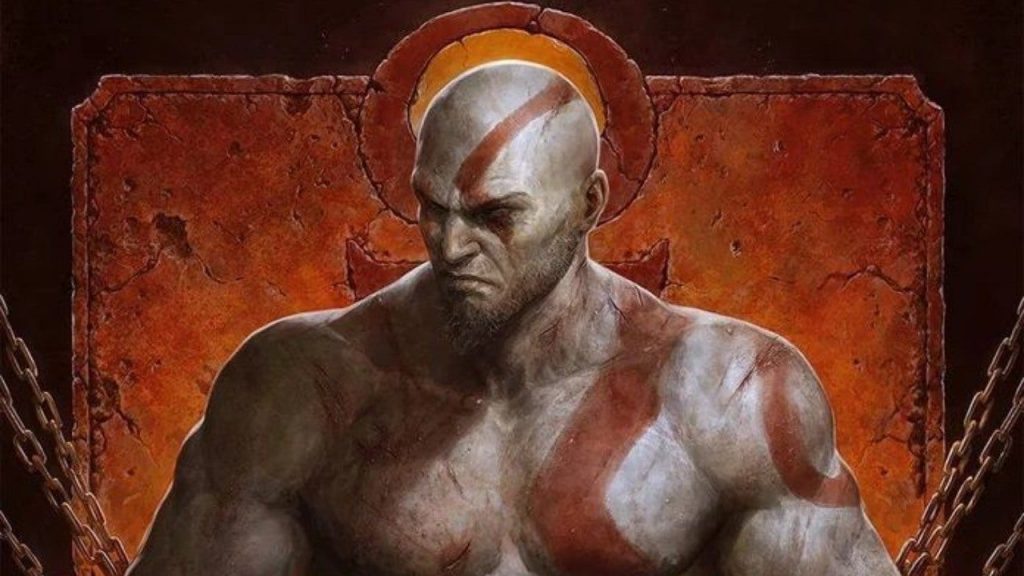 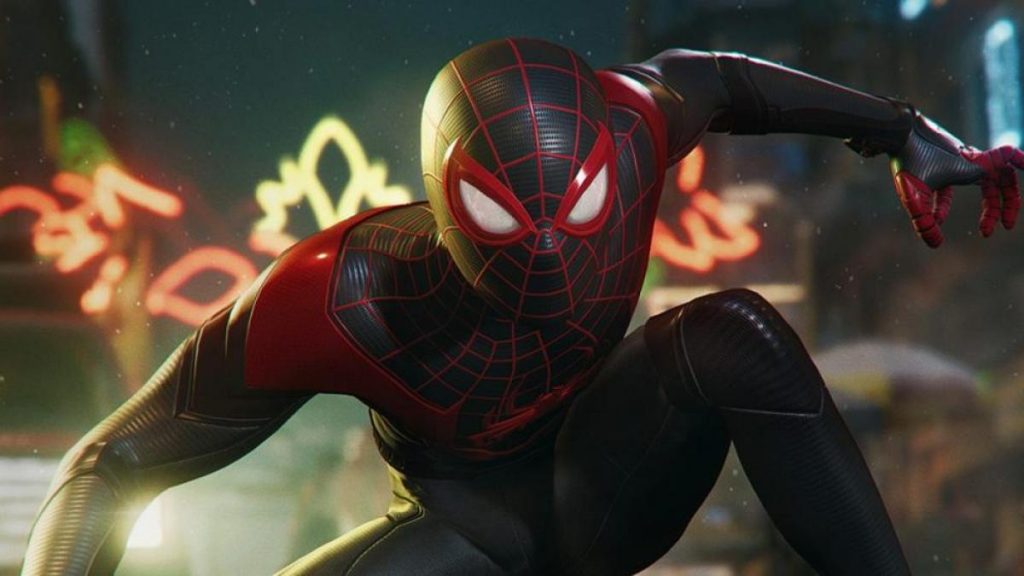 Lighting is much brighter and more detailed in Spider-Man Remastered and Spider-Man Miles Morales on PS5, and ray tracing is seen for the first time…